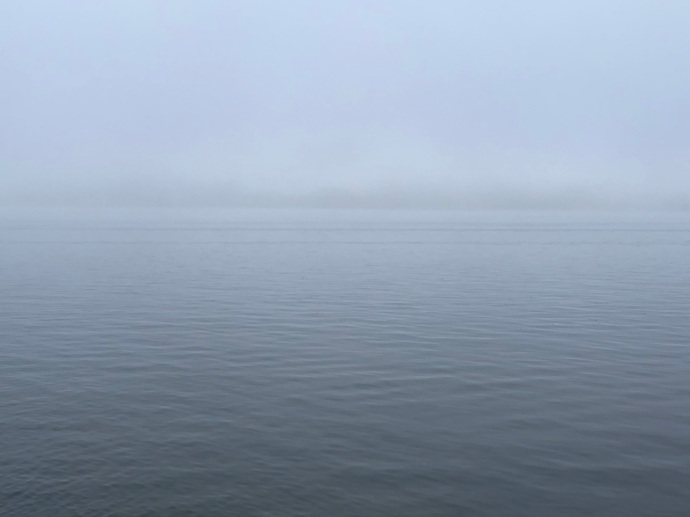 We’re lucky if we have time to do nothing. It means we don’t have to worry about finding food, shelter, work. We’re even luckier if we know how to do nothing well. It means we have an ability to sit back and appreciate our surroundings, allow them to take us to thought spaces never visited before.

In “Much to do with nothing I“, I posted a video of Ohio landscape, mid-morning after a stormy night. The birds were busy, the wind was rolling, the natural world was breathing in and out. A bumblebee working, grasses in gentle sway, the sound of a distant truck — a human imposition on a nearly still landscape full of life. Waiting. Watching. Judging. Accepting. Not really sure which one. I did nothing but coexist in this space for about four minutes, which felt long because I don’t often do nothing. Even though I don’t necessarily have to worry about basic needs, I tend to fill up my day with to-do lists. Four silent minutes had a lot to say.

In the time of quarantine, there were many advices on how to spend the extra time whether it was alone, with family, with your trace circle of friends. Lots of ideas on crafts, cooking, and quitting bad habits. There were less advices on how to enjoy the nothing. Not to say there weren’t any; some great pieces came out, especially here (with Jenny Odell, author of How to Do Nothing: Resisting the Attention Economy), here (Celeste Headlee on NPR, author of Do Nothing: How to Break Away from Overworking, Overdoing, and Underliving), and here (Larry’s David’s NY Times piece).

As society creeps its way back to a normal, more and more individuals are beginning to actively work on keeping nothing in their lives. There’s many perspectives about why doing nothing is good for you. Here are my top four, in no particular order.

Maybe these points speak to you or maybe there’s an entirely different set of considerations empowering you to do nothing.

Grabbing curbside lunch the other day, a chalk board said “Don’t go back to normal, go back to better”. I choose to think of the term “better” as meaning “more nothing”. It’s nearly clear we never spent enough time with the nothing before global pandemic, and perhaps we’ve been ambivalent about the nothing during forced quarantine. Going forward, my to-do lists will include a few hours of nothing during which, I bet, the best something is most likely to happen in my day.

One thought on “Much to do with nothing II”